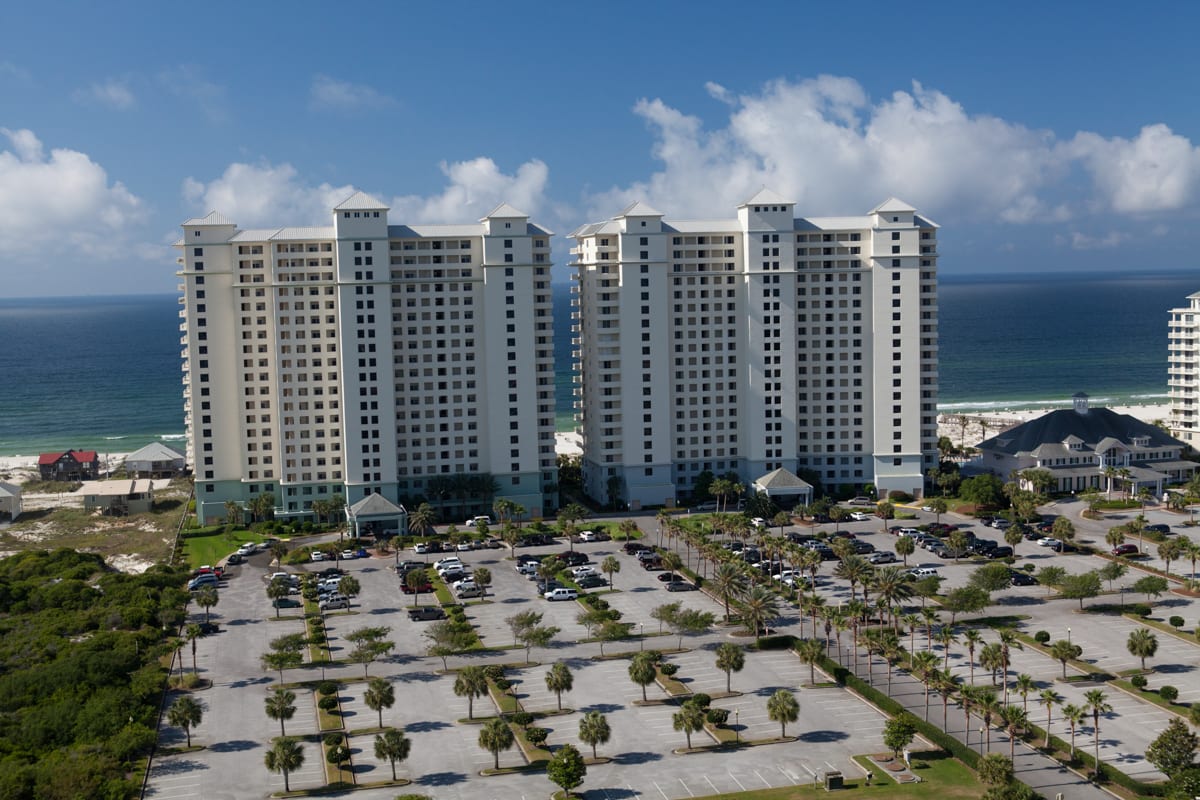 There is no shortage of entertainment when the sun goes down on the Alabama Gulf Coast. Whether you want to dance the night away, just sit and enjoy live music or take the stage yourself for a little karaoke, it’s not hard to find a venue to your liking. From the old stand-bys to a newcomer on the scene, here’s a list of some of our favorite clubs and bars in the Gulf Shores/Orange Beach area.

Undoubtedly, the most widely known beach bar on the coast is the Flora-Bama. Open since 1964, the Flora-Bama has been frequented by celebrities from Peyton Manning to Jimmy Buffett and written about in publications from Playboy to the New Yorker. Widely known as a place where locals easily mix with tourists and where millionaires sit next to bikers, the Flora-Bama has live music every night and up to five bands on Saturday nights.

Located near the Florida-Alabama border, the Flora-Bama plays hosts to numerous local events including the Mullet Toss, where participants try to toss a mullet across the state line. http://www.florabama.com.

The granddaddy of all the Alabama beach bars is the Pink Pony Pub, which has been on its current site at the foot of the Gulf Shores pier since the 50s. Having survived Hurricanes Frederic and Ivan, and the rise of the much larger Hangout next door, the Pink Pony is still hot and doesn’t show any signs of slowing down. The Pink Pony features live music or karaoke nightly. http://www.pinkponypub.net.

There is literally something for everyone at Live Bait, which has been an Orange Beach staple since 1995. Live Bait Too Nightclub, located directly behind the restaurant, is the stage for numerous regional rock bands and where locals and tourist dance the night away. The outdoor Tiki Bar has DJ karaoke nightly in season. Live Bait is located directly on Perdido Beach Blvd. http://www.livebaitrestaurant.com.

Toby Keith’s I Love This Bar and Grill

Country music legend Toby Keith and business partner Frank Capri opened their 12th live music and restaurant venue at The Wharf this past October. Named after Toby’s hit single “I Love This Bar,” their newest venture quickly became a local favorite. The location at The Wharf has more than 15,000 square feet and features a dance floor, VIP section, live music stage and a circular bar. http://tobykeithusa.com/orange-beach-al.

Nolan’s, which opened in the mid-80s, is another Gulf Shores’ institution.

The popular house band, Midnight Confessions, plays dance tunes from the 70s, 80s, and 90s every Tuesday-Saturday night. Nolan’s, located one block south of Fort Morgan Rd. on Hwy 59, has a loyal and more mature customer base. http://www.nolansrestaurant.com.

Even though a few small structures called the Hangout occupied the prime spot where I-59 runs into the beach since the early ’60s, it was in 2008 that a group of investors opened the massive restaurant and entertainment complex known today as the Hangout.

The Hangout offers a full schedule of live entertainment most of the year, but for a few days late in May, the club and nearby beach areas become the setting for the annual Hangout Music Fest. The Fest offers three days of nonstop entertainment, including appearances by a handful of headliners and dozens of well-known national and regional bands. http://www.thehangout.com.